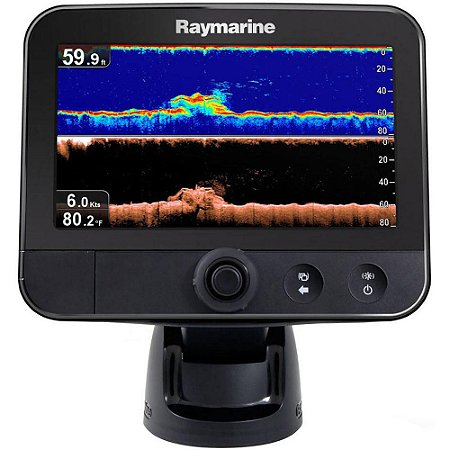 Just Power On and Fish!

The first is an ultra-high resolution DownVision channel and the second is a high-resolution fish targeting sonar channel.

Unlike conventional imaging sonars that transmit a single frequency with each pulse, Dragonfly's DownVision sonar uses CHIRP technology to transmit across a wide spectrum of sonar frequencies with each pulse - the result is a much higher-resolution, life-like sonar images.

The amazing sonar imagery above is from actual Dragonfly owners. To see more of Dragonfly's real world performance please visit our media area.

Capture a great shot on your Dragonfly and you could win back the cost of your display. Plus we have lots of free Dragonfly accessories to give away.

Serious Technology for Everyone

Whether you are a professional guide or weekend bass angler, you will appreciate Dragonfly’s cutting edge sonar performance and simple operation. Simply dial through sonar and GPS displays and quickly become a Dragonfly expert.

Dragonfly models with GPS built in give you the choice of Navionics, C-MAP by Jeppesen or Raymarine LightHouse compatible charts.

Dragonfly utilizes dual-channel CHIRP transducers. DownVision produces a 60° side-to-side and 1.4° fore to aft beam. The second element provides a conical shaped beam for imaging fish targets, ensuring you will never miss any of the action below your boat.

Escutcheon and mounting screws (for through transom cable installation)